Enzo Mari and the Hippo 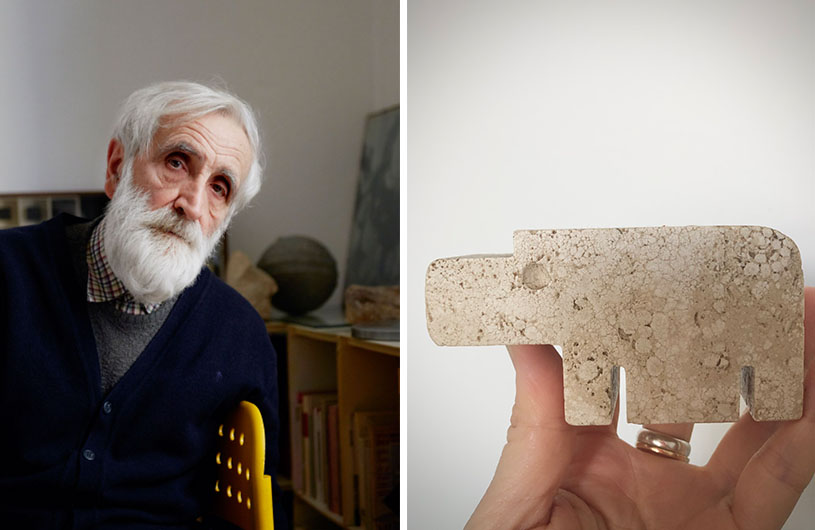 When the quality of form emerges, it goes straight to your heart. It has no need for justification.
Enzo Mari (1932 - 2020)

There has been a small hippopotamus sculpture in my life for as long as I can remember. Today it lives in Mum's house on a narrow hall table in East Fremantle - I've always loved its simplistic form and weightiness. Dad bought the hippo from a European gift shop in Perth in the 1970s - he had an eye for beautiful things. He had just designed and built a home for us with a Brutalist concrete relief ceiling - its concave curves remain etched in my memory. My parents had to sell this ambitious house when I was about seven years old due to accruing debt. Not long after this, their marriage imploded. The hippo stayed with Mum - it moved with us in and out of many houses - some very ordinary. I discovered that a well-designed object catches the eye and nourishes the soul regardless of its environment. Somehow the hippo wasn't dropped, broken, or lost along the way. Mum loves it too - it holds our history in its porous travertine stone. I also think of Dad (deceased 2002) when I look at it.

Yesterday I decided to research our hippo after seeing a similar-looking giraffe pop up on someone's Instagram feed. I discovered a myriad of animals under the hashtag #fratellimannelli. Our hippo has a family!

I wasn't surprised to read that our hippo was designed by the great Italian luminary, Enzo Mari. I read an article on dezeen.com by Tom Ravenscroft - he stated, "throughout his career, Enzo promoted the idea of creating well-designed items for ordinary people" - this resonates with me.