Painter to Painter - A Conversation Between Friends - WHITESPACE GALLERY 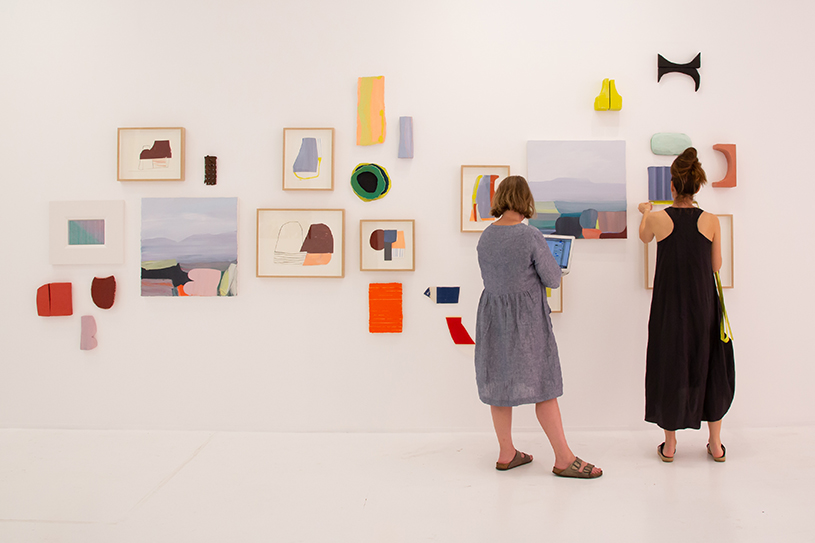 In 2018 I was invited by FORM to conduct a drawing workshop in Port Hedland. The timing was perfect - I had already planned an art trip to the Pilbara with Melissa - something that during our (almost 30 years) friendship we’d dreamt of doing, (one day). Waiting at Port Hedland airport for Melissa, I spotted her striding across the tarmac wearing a polka dot shirt and fedora hat. With a roll of drawing paper under her arm, she looked like a fish out of water amongst the FIFO commuters. The sight of her struck me with deep emotion - she was here, my art friend, and we were about to head out in a borrowed ute to paint.  Melissa is a born painter – a painter’s painter.  That is about the highest compliment I can give a fellow artist.

Our road trip resulted in independent solo exhibitions in 2018. My show titled Karijini, (Koskela Gallery, Sydney) was curated by Harriet Fez who teamed my works alongside fibre art from the Tjanpi Desert Weavers, a social enterprise of the Ngaanyatjarra Pitjantjatjara Yankunytjatjara (NPY) Women’s Council. This combination proved to be a rich dialogue about colour and country.

Karijini (Hamersley Range) is the traditional home to the Banyjima, Kurrama and Innawonga people. Nearby lies the ghost town of Wittenoom - a place of significance to my Grandparents and Dad who lived there in 1947, unaware of the health risks this asbestos mining town would later pose. Wittenoom is a declared contaminated site – an environmental disaster of epic proportion. This place continues to impact the health of local people and despite the known dangers it also attracts adventure tourists who are keen to hashtag Wittenoom on their social media feeds.

Through painting, collage, paper mache and found objects I am recording the landscape with an emphasis on my feelings towards the ecological and human impact of mining in WA.  There is also a direct correlation between the making of collage and the scissor-like mandibles of termites. Termite mounds appear throughout the series – like ancient sentinels of the landscape.