Enzo Mari and the Hippo

When the quality of form emerges, it goes straight to your heart. It has no need for justification.
Enzo Mari (1932 - 2020)

There has been a small hippopotamus sculpture in my life for as long as I can remember. Today it lives in Mum's house on a narrow hall table in East Fremantle - I've always loved its simplistic form and weightiness. Dad bought the hippo from a European gift shop in Perth in the 1970s - he had an eye for beautiful things. He had just designed and built a home for us with a Brutalist concrete relief ceiling - its concave curves remain etched in my memory. My parents had to sell this ambitious house when I was about seven years old due to accruing debt. Not long after this, their marriage imploded. The hippo stayed with Mum - it moved with us in and out of many houses - some very ordinary. I discovered that a well-designed object catches the eye and nourishes the soul regardless of its environment. Somehow the hippo wasn't dropped, broken, or lost along the way. Mum loves it too - it holds our history in its porous travertine stone. I also think of Dad (deceased 2002) when I look at it.

Yesterday I decided to research our hippo after seeing a similar-looking giraffe pop up on someone's Instagram feed. I discovered a myriad of animals under the hashtag #fratellimannelli. Our hippo has a family!

I wasn't surprised to read that our hippo was designed by the great Italian luminary, Enzo Mari. I read an article on dezeen.com by Tom Ravenscroft - he stated, "throughout his career, Enzo promoted the idea of creating well-designed items for ordinary people" - this resonates with me. 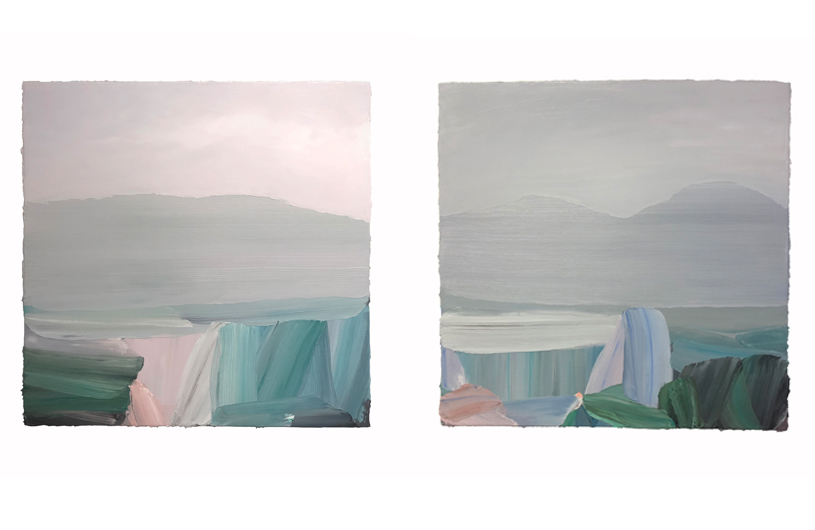 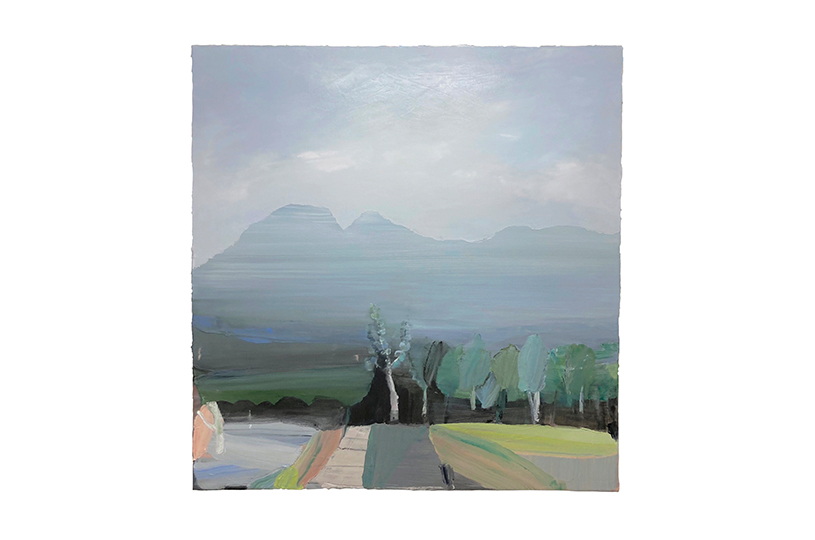 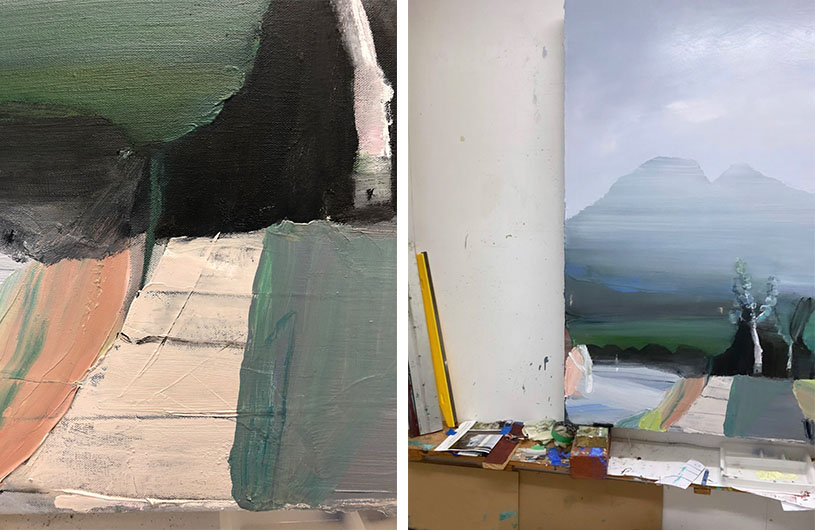 Artist Statement
This prominent range located in the Great Southern region of Western Australia was recorded in 1831 by Alexander Collie as Koi Kyeunu-ruff, a name provided to him by his Indigenous guide Mokare. By 1835 it was officially named the Stirling Range (honouring the Colony's first Governor, Captain James Stirling). With the current pandemic, many people are exploring our vast state with renewed historical inquiry. Encouragingly, Indigenous names and interpretive signage exists at many locations - an indication that we are slowly maturing as a nation and acknowledging our past.

Extra Thoughts
My paintings often present a facade of serenity. Slowly, underlying tensions surface - I see these tensions as vital conceptual elements. They can be experienced as dichotomies or opposites such as wild/tamed, dark/light, scorched earth/new growth, naivety/awareness, presence and absence. Always, they seek contemplation with a sprinkling of melancholy. This work edges a little close to realism for my liking - some paintings just want to be made. As artists, we sometimes just have to get out of the way.